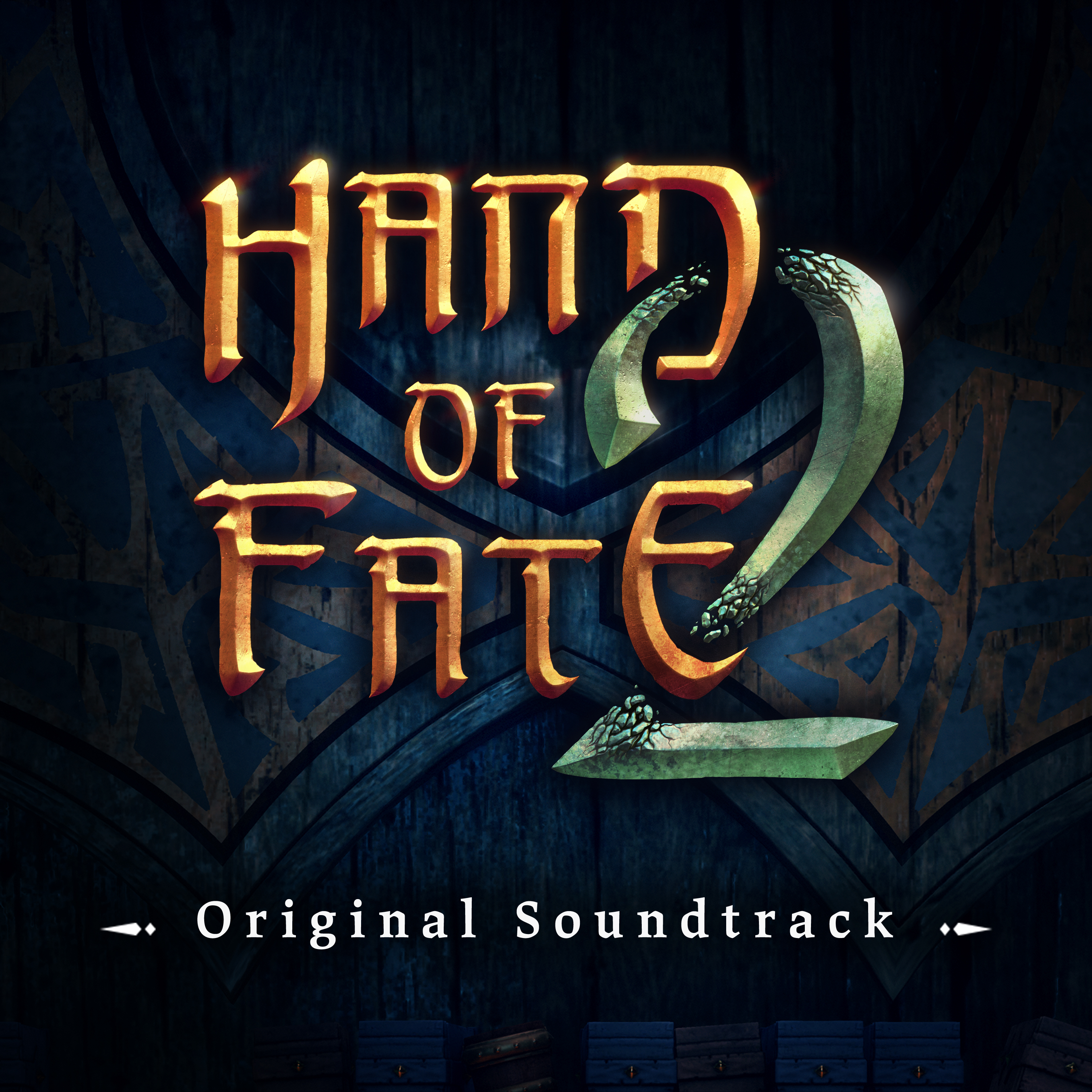 I’m very happy and relieved to announce the Hand of Fate II (Original Soundtrack) has been released! This has been a huge effort spanning 2 years (on and off), with 34 songs at 1 hour and 43 minutes total, it’s one of the largest solo music projects I’ve worked on. It’s also one of the first times I’ve had the opportunity to revisit themes from the previous version of a game I worked on (I did this a little on Shogun II as well).

Thanks to Defiant Development for asking me to work with them again on their awesome game (it really is a cool game to play!). Thanks to my beautiful wife Angela and daughter Ella for their lovely singing on the album. Thanks to my buddy Shaun Trainer for playing awesome guitars and lutes (your green velvet tights are in the mail). And thanks to Dave Neil for mastering the album in such a short deadline.

I’d like to dedicate this album to my dear friend Saki Kaskas who passed away last year. There’s a song called on this album called “Till We Meet Again”, it was a difficult song for me to finish and I couldn’t figure out why until Ange pointed out to me that I must have written it with Saki in mind. She’s absolutely right, and it’s most likely the last thing I said to Saki.

I hope you all get a chance to listen to the album, and I hope you enjoy it as much as I did creating it ☺